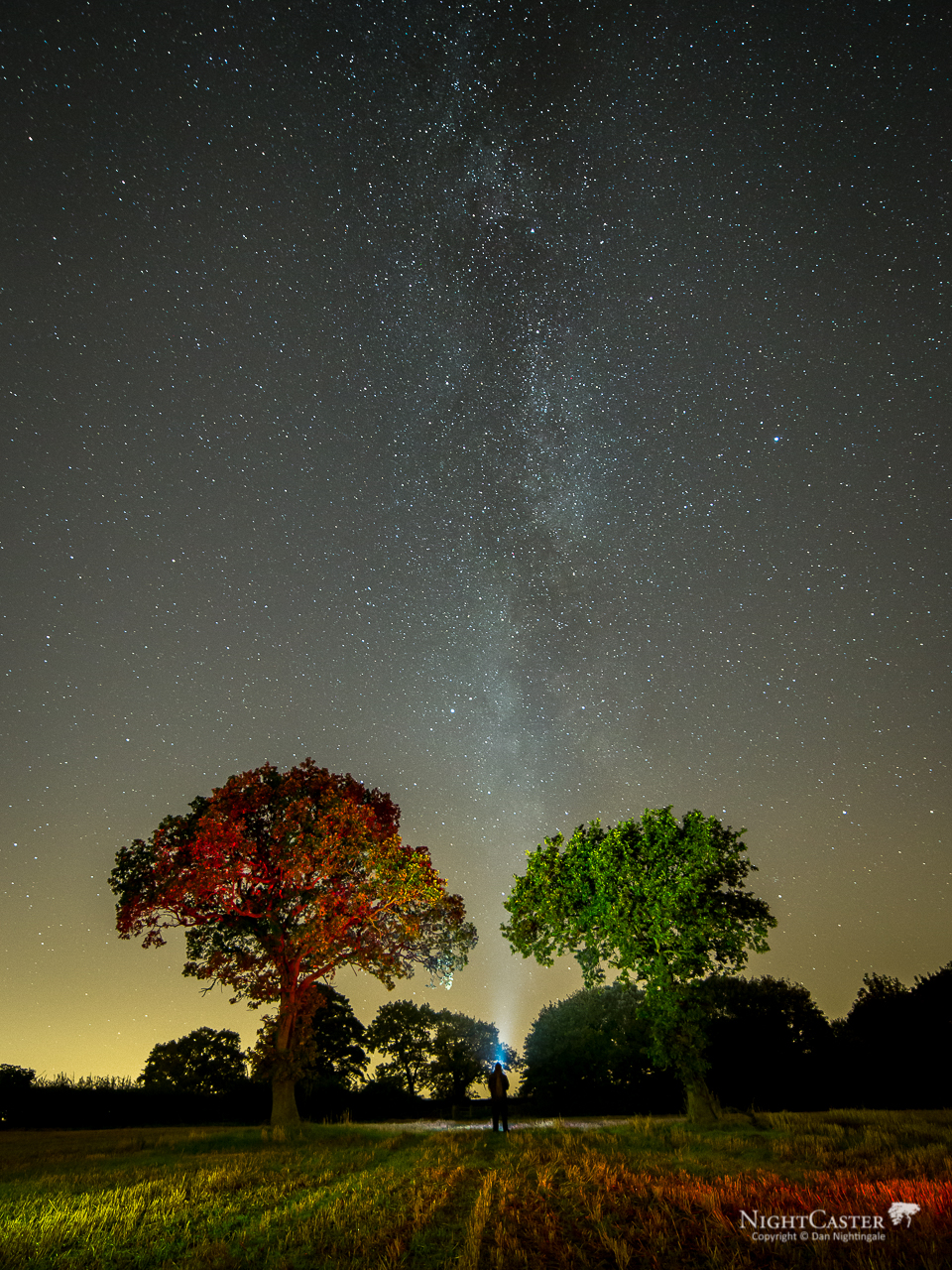 Gateway To The Stars

Milky Way season had nearly passed and I had missed every opportunity either due to bad weather or sheer lazyness, so when I noticed the forecast was clear during the last new moon of the season I charged my batteries, filled my flask with tea and headed out for a night under the stars.

I had found the location a few months prior and knew that there would be clear views of the sky to the South and South West with no major light pollution sources too close by in the directions I'd be looking. I had also visualised a few compositions beforehand.

Upon arriving at the location I had to re-think my previous compositions as they did not work well for including the Milky Way, but luckily I found this composition with the Milky Way rising almost vertically between the two trees.

I wanted to try something different so I started by setting up 2 remote flashes on lightstands and putting a different coloured gel on each. I set one light stand off to the left of the scene pointed at the right tree and the other to the right of the scene pointed at the left tree. I knew this would give me some spill of colour on the floor as well as the tree, and by crossing the flashes over the light on the floor would be a mirror of that on the tree.

At this point I had the flashes set how I wanted them, but I needed some more light on the trunks to give them at least some seperation from the dark background, so I decided to make this a self portrait as it gave me the best opportunity to add some light where needed and I thought the composition would work well.

I moved into position and triggered my remote shutter release to begin it's initial countdown before the shutter opened. This freed my hands so that as the shutter opened I was able to trigger the flashes. I immediately then turned my torch on and used a neutral grey calibration card to reflect the light to my left and right, using myself as a shield for the light. I did this so I could stay still and not risk shining the torch directly at the camera.

I spent the rest of the exposure as still as possible while aiming the torch upwards towards the sky.