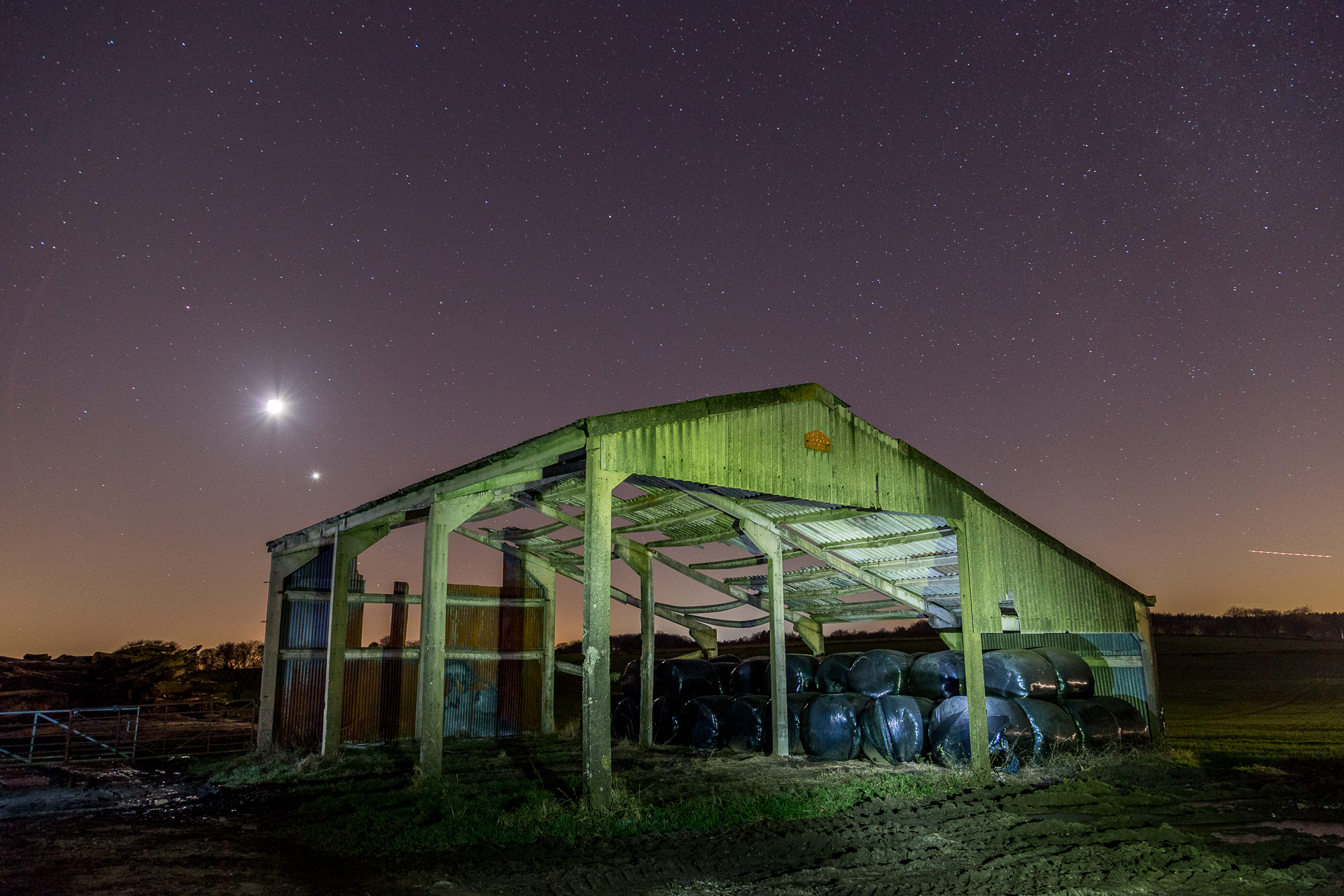 A syzygy is an astronomical term for a conjunction or opposition. On the night this photo was taken Venus, Mars and the Moon were all in a straight line in the sky.

Venus can be seen as the brightest object after the moon just above the left of the barn.

Mars is the red dot that can be found by drawing a line directly from Venus through the Moon.

The barn was lit using a remote flash inside the barn hidden behind one of the support poles, and another off to the left of the frame. A flashlight with a yellow gel was used to light the exterior of the barn.