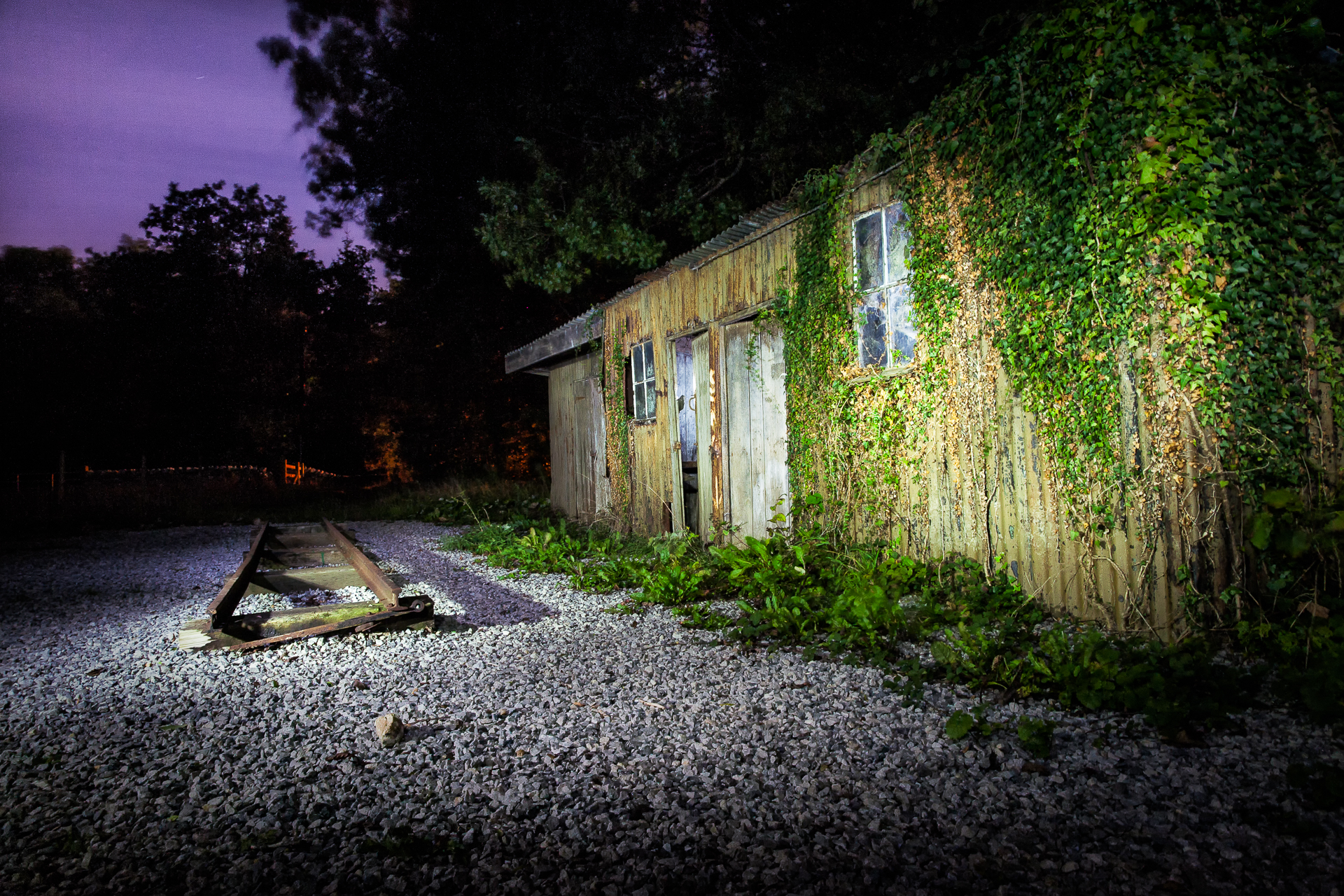 Located in Fallgate, Ashover, these derelict huts and single length of track are all that remain of this part of the Ashover Light Railway. The railway was closed on 31st March 1950 however a small length remained in place around the Fallgate works and continued to be used until 1968.